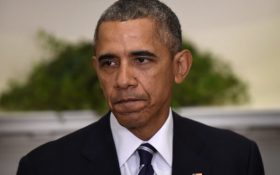 And critics say if he finds the smoking gun they suspect exists, it could end with prison time.

Paul, the former Republican presidential candidate, tweeted Friday morning that he was going to get to the bottom of the accusation that Obama spied on him and his team.

Did the Obama admin use warrantless "wiretapping" on other candidates besides @realDonaldTrump? https://t.co/h7rsjvNLHM

I have formally requested from the WH and the Intel Committees info on whether I was surveilled by Obama admin and or the Intel community!

President Donald Trump has accused Obama of illegally wiretapping his campaign — a claim that has been backed up by statements made by former Obama administration insider Susan Rice.

The accusation of illegal electioneers has been disputed by the former president has disputed, but it was been confirmed that intelligence officials did record conversations of Trump campaign insiders during the election, though Obama insiders claim it was a result of legal incidental collection.

Should Obama go to jail for spying on Trump?

Vote here in this urgent poll --