Obama never dared do THIS (but Trump did!) - The Horn News 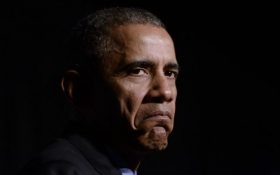 A bill aimed at helping people with deadly diseases try experimental treatments, calling it a “fundamental freedom” that will offer hope and save lives, is now law.

Jesus, Noah, Moses, Adam: How many are in YOUR family tree? [sponsored]

Big pharma may not be happy, but for the first time in years the rights of the patients came before profits.

Joined by families dealing with amyotrophic lateral sclerosis, also called Lou Gehrig’s disease, and other diseases, Trump signed the so-called Right to Try bill and said he never understood why the issue had lagged for years and Congress hadn’t dare act sooner.

“There were no options. But now you have hope — you really have hope,” Trump said. He noted that “for many years, patients, advocates and lawmakers have fought for this fundamental freedom.”

The bill cleared the House last week following an emotional debate in which Republicans said it would help thousands of people in search of hope. Many establishment Democrats said the measure was dangerous and would give patients false hope.

As he distributed pens after signing the bill at a small table, 8-year-old Jordan McLinn of Indianapolis, who suffers from muscular dystrophy, waited to embrace the president, drawing laughter in the auditorium when he put his elbow on the table and held up his chin. Trump hugged McLinn and kissed him on the forehead. “He’s going to be fantastic,” the president told McLinn’s mother.

The president was joined by Health and Human Services Secretary Alex Azar, Food and Drug Administration Commissioner Scott Gottlieb and some of the bill’s allies in Congress, including Wisconsin Sen. Ron Johnson, a Republican, and Indiana Sen. Joe Donnelly, a Democrat.

Trump had supported efforts to gain access to the treatments during his 2016 campaign. In his State of the Union address, the president said people who are terminally shouldn’t have to travel “from country to country to seek a cure.”

The measure would give people diagnosed with life-threatening conditions who have exhausted treatment options the ability to gain access to unproven drugs without first getting permission from the FDA, which critics say is in the pocket of the pharmaceutical industry.

New drugs and treatment normally undergo years of expensive testing before manufacturers seek and gain FDA approval to market them.

Opponents of the bill said it would give false hope to some patients who are desperate for treatment. They also complained the bill gave the impression that the FDA serves as a bottleneck that deprives dying patients of controversial options.

The bill was supported by the libertarian Goldwater Institute and the conservative Americans for Prosperity. The bill also offers some legal protections for companies, doctors or others involved in providing the treatment.