Barack Obama’s former aides and liberal activists went on the attack against President Donald Trump over Memorial Day weekend — and it backfired spectacularly.

The only problem? The pictures were taken when Obama was president… and not a single far-left leader bothered to actually read the article they were sharing.

The liberal leaders tweeted photos of child detainees at the U.S.-Mexico border in steel cages and tried to blame Trump for separating immigrant children from their parents. But it was Obama’s policy they were actually criticizing.

When they found out the truth, Favreau and others deleted the humiliating tweets. 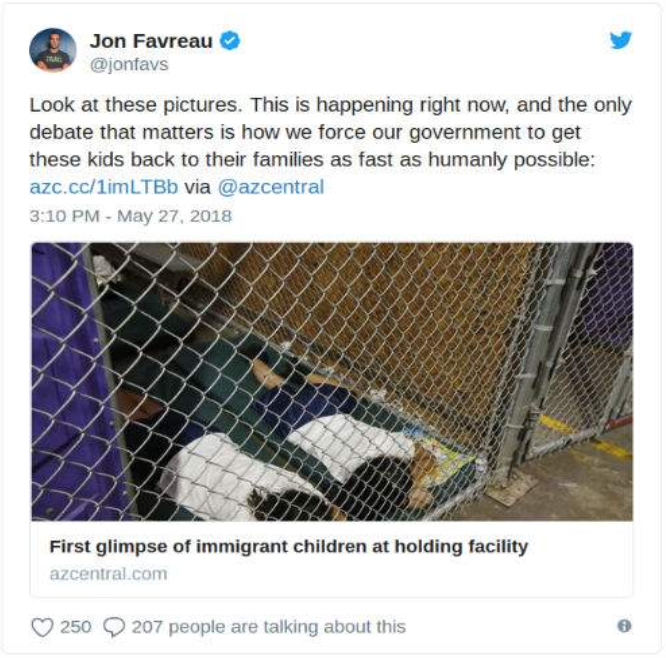 The photos were actually taken by The Associated Press in 2014, when Obama was in office. The date is right at the top of the article Favraeu and others shared.

Trump jumped on the fake news, using it to push a border wall that would prevent these tragedies from happening in the future by preventing illegal immigrants from entering the country at all —

Democrats mistakenly tweet 2014 pictures from Obama’s term showing children from the Border in steel cages. They thought it was recent pictures in order to make us look bad, but backfires. Dems must agree to Wall and new Border Protection for good of country…Bipartisan Bill!