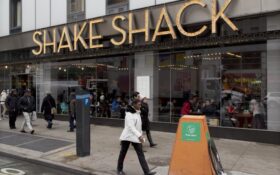 New York City police determined there was no criminality by Shake Shack employees after three officers drank milkshakes believed to be contaminated with bleach.

Police came to the determination after “a thorough investigation,” NYPD Chief of Detectives Rodney Harrison said in a tweet early Tuesday.

The officers had been assigned to work at a protest Monday evening in Manhattan when they stopped at the restaurant for a meal, The New York Patrolman’s Benevolent Association said in a statement. The officers determined “a toxic substance, believed to be bleach,” was added to their beverages, the statement said.

The officers went to a hospital for treatment but weren’t seriously harmed, The Detectives’ Endowment Association stated.

Shake Shack tweeted that it was “horrified” by reports of the alleged contamination. The restaurant chain said it was working with police in the investigation.

Officers across the U.S. and world have been called to watch over protests sparked by the death of George Floyd in Minneapolis police custody on May 25.