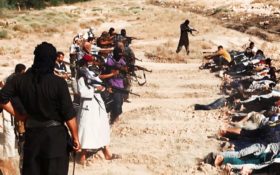 A New York City man has pleaded guilty to attempting to provide material support to the Islamic State group.

Parveg Ahmed entered the plea in federal court in Brooklyn on Wednesday. The 22-year-old Queens resident faces up to 20 years in prison.

According to a criminal complaint, Ahmed sent messages on social media about his support of the Islamic State group. It says he traveled to Saudi Arabia with others in a failed attempt to join the militant group.

Sponsored: Doctors stunned when the find THIS growing in her body…

U.S. officials say he was detained in an unnamed country bordering Syria and sent back to New York City last August.