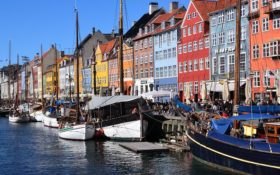 While most of the candidates for Denmark’s general election are making good use of the internet, posting their promises on websites and social media, one has gone a step further.

Olsen told Denmark’s B.T. newspaper Sunday that “election campaigns are serious … but there must also be some humor.”

The June 5 elections are being held on schedule at the end of the parliament’s four-year term.