NRA just got good news from one company - The Horn News 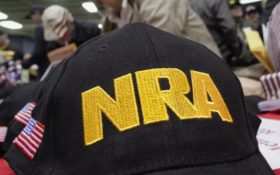 One more company has itself embroiled in an intensifying discussion about guns in the United States after the school massacre in Parkland, Florida.

While more than a dozen major U.S. companies have ended business partnerships with the National Rifle Association, FedEx now says it’s sticking with the group and has not asked to be removed from the NRA website where members are offered corporate discounts.

The Memphis, Tennessee, delivery company said it differs with the NRA and believes weapons like the AR-15 assault-style rifle that was used to kill 17 people in Florida shouldn’t be owned by civilians.

But it says that it’s a common carrier, and will not deny service based on political views or policy positions.

The decision drew instant reaction across social media from both sides of the issue and potential backlash from some customers.

One company vowed to take its 100,000 annual shipments elsewhere if FedEx does not end its partnership with the NRA.

“The NRA is supporting stuff that we don’t get behind,” said Jeni Britton Bauer, founder of Jeni’s Splendid Ice Creams.

But dropping partnerships with the red-hot NRA is also not a safe bet.

Georgia’s Republican Lt. Gov. Casey Cagle, president of the state Senate and a leading candidate to succeed Gov. Nathan Deal, threatened on Monday to derail a $50 million sales tax exemption on jet fuel for Delta after it ended its NRA partnership.

Delta Air Lines Inc. is based in Atlanta.

United Continental Holdings, Inc., based in Chicago, also cut ties to the NRA, but has not seen a similar political backlash.