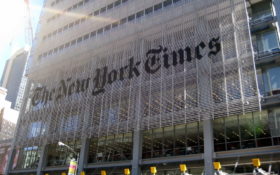 Bestselling author Shanna Hogan’s life came to a sudden, tragic end at age 38, her family has confirmed this week.

Hogan, a mystery author best known for her 2013 New York Times bestseller, Picture Perfect: The Jodi Arias Story, reportedly drowned in her backyard swimming pool while alone with her toddler.

Her son, who was wearing a life-jacket at the time, was unharmed.

In late August, Hogan had been swimming in her family pool with her infant son when she slipped and hit her head, according to E! Online. Hogan was knocked unconscious and remained in the pool until her husband, Matt LaRussa, returned home.

Hogan was rushed to the hospital but remained unresponsive before finally succumbing to her injuries on Sep. 1, her friend Kathleen Mayer told People Magazine. Their son was found safe by the pool in his life-jacket.

In a moving Facebook post, her husband remembered his wife as his “moon and stars” and promised to honor her memory through their son.

LaRussa said her tragic death helped save the lives of others in Arizona, as Hogan was an organ donor.

Besides a bestselling author, Hogan was an award-winning journalist and an adjunct professor at Arizona State University.

You can read her husbands heartfelt tribute to his wife here —

Hello friends and family. Tonight at 5 pm, I hugged, spoke, and kissed my beautiful wife Shanna Hogan for the last time…