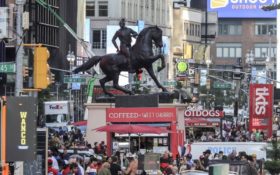 Artist Kehinde Wiley’s monumental bronze sculpture of a young black man astride a galloping horse was installed in Virginia’s capital city, not far from the Confederate monument it mimics.

The piece was previously on display in Times Square.

The 29-foot-high work was inspired by Wiley’s visit to Richmond, where he encountered another massive equestrian monument, the one honoring Confederate Gen. J.E.B. Stuart. Mounted atop a large stone pedestal, Wiley’s sculpture will be visible from the city’s historic Arthur Ashe Boulevard.

Wiley is known for his paintings of black Americans and his commissioned portrait of former President Barack Obama, displayed at the National Portrait Gallery.

You can view a photo of the statue, as it was in New York City, below: 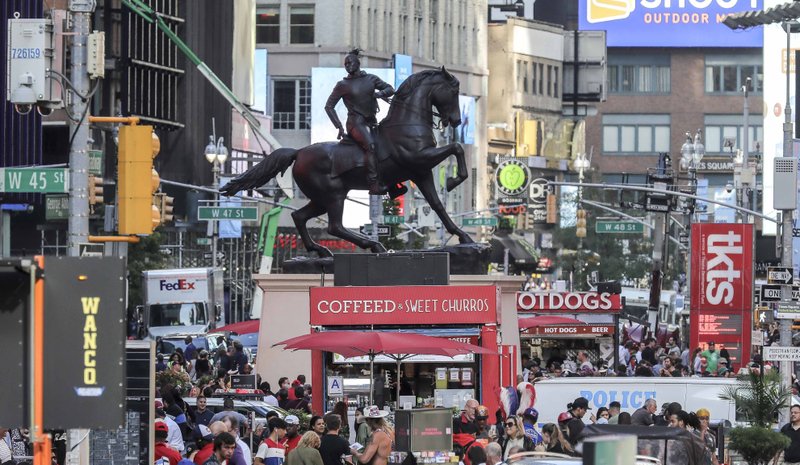