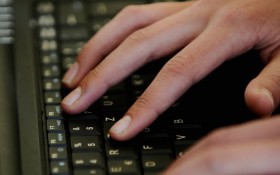 A team at the University of Edinburgh in Scotland has developed a way to send data at incredibly high speeds… through light.

Called “Li-Fi”, it works by using sending quick flashes of light that are decoded by a receiver.

The light flashes are far too rapid to be seen by the human eye. And the inventors say they believe regular LED lightbulbs could be adapted to send Li-Fi.

In laboratory testing, data was transmitted at speeds up to 100X faster than traditional wifi.

However, in “real life” testing speeds have been considerably slower, though still double wifi speed. Another challenge is that Li-Fi is currently unable to transmit through walls, which is potential boon for network security, but a significant problem for home or business use.

Still, with ongoing development Li-Fi could soon be coming to a table lamp near you…