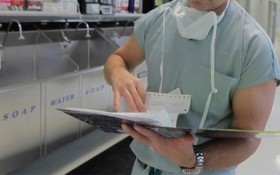 Here’s something everyone should know: According to new reports, doctors have discovered a potential problem involving implanted heart valves that hundreds of thousands of people have received.

They don’t always open and close properly, possibly because a blood clot has formed that could raise the risk of stroke.

Although the problem appears common, experts stressed that not enough is known about the situation to change practice now, and federal health officials say the valves still seem safe and well worth the risk.

But it’s bound to be unsettling for people with bioprosthetic aortic valves, ones made from cow, pig or human tissue. They have become more popular than mechanical ones made from synthetic materials because they don’t require lifelong use of blood thinners to prevent blood clots. Some tissue valves also can be placed through tubes into blood vessels rather than in open-heart surgery, which has allowed far more people in recent years to have bad valves fixed.

The safety concern emerged last year in a study testing a tube-placed valve. Scans on two patients, including one who had a stroke, revealed that their valves were not working right.

Dr. Raj Makkar, the doctor at Cedars-Sinai Heart Institute in Los Angeles leading the study, wanted to know how widespread this was. In a report published Monday by the New England Journal of Medicine, he and others say the problem has now been found in 22 of 55 (40 percent) of patients in the study, and in 17 of 132 (13 percent) of patients in two registries tracking tissue valve recipients.

The initial study was testing a valve from St. Jude Medical, but the problem has now been seen in other brands too, and with valves implanted surgically, not just those placed through tubes. That suggests the issue could affect many people, although it’s unknown if the risk is just soon after the implant or lasts longer.

Six of the 187 patients had a stroke or “mini-stroke,” and that was slightly more likely among those whose valves were not moving properly, but the numbers are too small to be conclusive.

Few valve recipients were on blood thinners, but those taking warfarin, sold as Coumadin and other brands, seemed protected from the problem, and warfarin also successfully treated it.

Dr. David R. Holmes Jr. of the Mayo Clinic, who wrote a commentary in the journal with another heart specialist, said the new report raises important questions, including how long the risk lasts, whether it’s due to clots or something else, and whether it’s more common with tube versus surgically placed valves. Doctors need to know who to monitor and how, and what to do if they find a problem.

A key question is whether a problem seen in scans makes a difference in health, “because patients do pretty well” with these valves, Holmes said. “The stroke risk was still very low” and doesn’t track with how common the motion problem is, he said.

Makkar said patients who recently received a tissue valve can talk with their doctors and see if imaging is being offered to check for the problem — it is at his hospital.

“These devices are life-saving,” Makkar said. “The worst thing that could happen is that people get the wrong idea” and are afraid to have a valve fixed.

In another commentary in the journal, four FDA officials, including Dr. Jeffrey Shuren, director of the agency’s Center for Devices and Radiological Health, say the true scope of the problem and what to do about it cannot be known without more studies, but they stopped short of ordering any.

“We at the FDA believe that the available clinical evidence supports the conclusion that these devices remain safe and effective,” they wrote. They urged doctors to report any valve-related problems, and said that for now, the benefits seem to outweigh the risks.