Never before released song from Queen discovered? - The Horn News 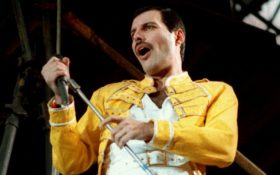 The record label announced the track, “Time Waits for No One,” on Thursday. It was originally recorded in 1986 for the concept album of the musical “Time” with musician Dave Clark.

A video to accompany the song was also released and includes unseen performance footage of Mercury. It was recorded in April 1986 at London’s Dominion Theatre.

Mercury died of AIDS-related pneumonia in 1991 at 45. He was the subject of the uber-successful film “Bohemian Rhapsody,” which won actor Rami Malek an Academy Award.