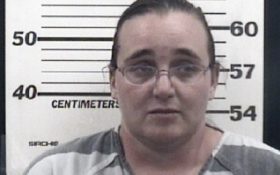 A northeast Nebraska couple accused of child abuse for locking cupboards and a refrigerator to keep their sons from eating snacks have taken plea deals.

Dakota County Court records say 41-year-old Blaine Busker and his 38-year-old wife, Donella Busker, entered no-contest pleas Tuesday to one count each of misdemeanor child abuse. Prosecutors dropped second counts in return for the Buskers’ pleas. She’s scheduled to be sentenced Dec. 18, followed the next day by his sentencing.

A court document says the 14- and 15-year-old boys were allowed to wash their clothes only once a week and shower every other day. The parents padlocked the bathroom that contained the home’s only shower.

The two also were accused of disciplining the boys by sitting on them, making it hard for them to breathe.