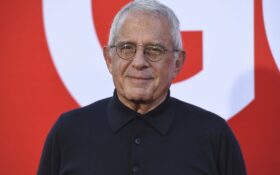 NBCUniversal Vice Chairman Ron Meyer, a Hollywood power player, was canned by the entertainment company after revealing he received threats of extortion following a settlement with a woman with whom he had an affair.

Jeff Shell, CEO of NBCUniversal, said in a statement Tuesday that Meyer “acted in a manner which we believe is not consistent with our company policies or values.” NBC declined to elaborate.

Meyer, in a statement provided by Comcast’s NBCUniversal, said he “made a settlement, under threat, with a woman outside the company who had made false accusations against me.” He said he had a “very brief and consensual affair” a long time ago with the woman, whom he did not name.

He said other people, whom he also did not name, tried to extort him after they learned of the settlement. The extortion included threats to “falsely implicate NBCUniversal, which had nothing to do with this matter.”

Shell’s statement said that Meyer disclosed his actions to NBC late last week and “we have mutually concluded that Ron should leave the company, effective immediately.”

Meyer was head of Universal Studios since 1995 and then promoted to NBCUniversal’s vice chairman, providing “strategic guidance and counsel” over its extensive film, TV and theme park business, in 2013. He co-founded Creative Artists Agency, a top Hollywood talent agency, in 1975.