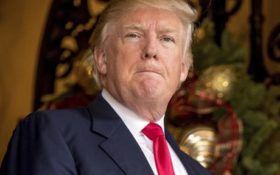 It’s the video that CNN and other mainstream media channels are refusing to show their viewers.

President Donald Trump has released a new advertisement for his reelection campaign that has his supporters cheering — and has liberal seething with anger.

It talks about Trump’s plan and the million jobs he’s created, and why Trump’s enemies don’t want him to succeed.

“Democrats? Obstructing. The media? Attacking our president. Career politicians? Standing in the way of success,” the ad says. “But President Trump’s plan is working.”

“One million jobs created. More Americans working than ever before. Unemployment? Lowest since 2001. The stock market? All-time record highs. The strongest military in decades. The president’s enemies don’t want him to succeed — but the American people are saying, ‘Let President Trump do his job!'”

Then, comment below with YOUR opinion. Is the media the enemy of Trump?