[Must See] MSNBC's absolute WORST moments of 2018 - The Horn News 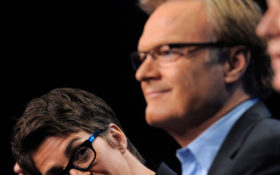 Still don’t think the mainstream media has an agenda?

The Washington Free Beacon compiled a list of MSNBC’s absolute worst moments in 2018. What they found is jaw dropping… even for media critics!

The video opens with Al Sharpton misspelling “respect” during an Aretha Franklin tribute, but quickly shifts focus on the unhinged liberal agenda pushed by MSNBC in 2018.

One commentator says conservative voters would “welcome” an invasion by the Russian army. Another says Trump has completed Osama bin Laden’s vision for America.

Another promised that there was zero chance Brett Kavanaugh would ever be confirmed to the Supreme Court. Chris Matthews suffers a meltdown over a conservative Supreme Court.

“Who could forget Joy Reid, who survived one of the most bizarre cable news scandals in recent times? Following Internet hunters uncovering a series of homophobic and controversial posts from her defunct Florida politics blog, Reid — who admitted writing similar things last year—claimed she had been hacked and sent investigators on a wild goose chase. When that proved to be ridiculous, Reid sort of apologized for the hurt she had caused but insisted, ‘I genuinely do not believe I wrote those hateful things because they are completely alien to me,'” The Washington Free Beacon reported.

Reid remains an on-air talent at MSNBC — along with the rest of the people featured in the stunning video.

No wonder there’s no “R-E-S-P-I-C-T” for the mainstream media anymore.