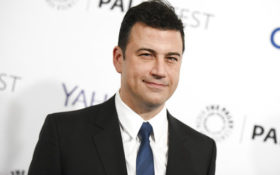 If it counts as a victory when your opponent issues an apology only after his infant son receives death threats, then Hannity scored a major win.

The feud between between Hannity and Kimmel began after the late-night comic made a joke about first lady Melania Trump’s accent.

Hannity took offense to Kimmel’s unfunny joke and defended Melania, which turned into an almost week-long argument between the two stars.

When your clown makeup rubs off on Trump’s ass, does it make his butt look like a Creamsicle? https://t.co/DEhmfOh0Hn

On Sunday, Kimmel realized the back and forth had been fun, but it was time to put an end to the nonsense.

Kimmel said such animosity is “harmful to our country” and he wanted to apologize “to those who took offense.”

He also said President Donald Trump’s wife had enough to worry about “without being used as a prop to increase TV ratings.”

In his Twitter message, Kimmel said he hopes Hannity will “continue his newly-found advocacy for women, immigrants and First Ladies.”