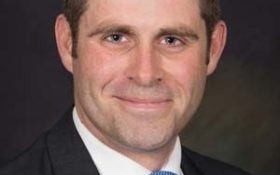 A new star in the conservative movement was just born in Virginia. State Del. Nick Freitas delivered a moving 7-minute speech laying bare the sins of the Democratic Party and demanding respect for hardworking conservative voters.

The speech, which included the truth about the Democratic Party’s history, triggered liberals in attendance. In fact, leftist lawmakers became so enraged they stormed out in protest. Everyone else, however, stood and cheered.

During an intensifying debate over guns has led to increased partisan tension in the Virginia’s House of Delegates, Freitas stood Thursday and bravely outlined the conservative point-of-view.

Freitas said that conservatives tired of being unfairly demonized for supporting gun rights in the wake of a deadly high school shooting in Florida last month. Democrats have unsuccessfully pushed for gun control legislation after the shooting.

In a speech, Freitas reminded Democrats that it was their party that had previously supported slavery, segregation, were against women’s rights, and were the party of the Klu Klux Klan.

Democrats stormed out of the chamber during the speech, video of which quickly went viral.

It’s a message that American voters must hear… and we have the complete, unedited version here.

Watch just 43 seconds, and your jaw will be on the floor —