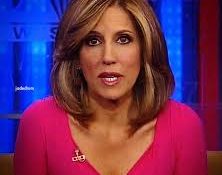 After leaving Fox News three years ago, Camerota “fell in lock step with the CNN’s leftward slant almost from day one,” according to Red State.

Sununu, the former Republican governor of New Hampshire that later served in George H.W. Bush’s administration as Bush’s Chief of Staff, came on Camerota’s show New Day on Tuesday to talk about the investigation into Donald Trump’s son-in-law Jared Kushner — and Sununu wasn’t there to take prisoners.

Sununu quickly attacked the irresponsible reporting by the mainstream media on “hypotheticals” without a “single piece of evidence.”

“My comfort level? The only discomfort I have is with folks in the media trying to create a venality without having the courage to specifically tell me what the venality that I should be concerned about is,” Sununu said. “I don’t have… I haven’t identified a venality. Have you?”

In other words — what evidence do you have that Kushner is anything but honest?

“Well, You should be concerned if there was collusion,” Camerota replied, avoiding the question.

Sponsored: 35.6 million senior citizens secretly used as guinea pigs–Are you one of them?

“I don’t see any evidence of collusion. Do you?” asked Sununu, to which Camerota sheepishly admitted: “No.”

“Ok, then that should end your reporting right there,” Sununu said. “You should put an exclamation point after your ‘no.'”

Camerota began smiling and stuttering, and Sununu laid into her. “Can I ask a question? If [Special Prosecutor Robert] Mueller comes out and says that my version is correct — and yours isn’t — how much crow are you going to eat?”

The CNN host could barely hide her laughter when she replied, “I don’t have a ‘version’ of events.”