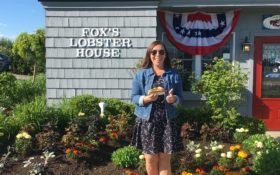 Alicia Jessop knew Friday was going to be a memorable day, but she didn’t realize it would be one she’d never forget.

The 34-year-old Pepperdine University professor planned to finally visit New England, hitting some of the last seven states she’d never been to, and try her first-ever lobster roll. What she didn’t plan for was capturing a now-viral photo of the moment a seagull tried to snag her pricey sandwich as she was lining up the perfect shot.

“I was really embarrassed. You hear stories of people taking crazy Instagram pictures and hurting themselves and I was like, ‘Oh my God, you are now that person. You just wasted $21.50 for a picture.’”

Jessop started her lobster roll quest Friday afternoon, renting a car after wrapping up a work conference in Vermont and beginning her New England road trip. After a few Google and Yelp searches, she made her way to Fox’s Lobster House in York, Maine, buying her $21.50 lobster roll and walking over to the water to take a picture.

“It was the most picturesque place,” Jessop said. “You’re standing on the seashore overlooking the lighthouse. I don’t really take a lot of food pictures, but I knew this needed to be documented.”

She spent about 20 seconds framing her Instagram shot, maneuvering her hands holding the lobster roll in the perfect position so her phone could capture the sandwich and the Nubble Lighthouse in the background.

Jessop said as she took the picture, she felt something rustle her hand. She immediately thought she dropped the lobster roll.

“That’s when I realized the seagull had swooped in and I hadn’t even seen it coming,” she said. “It’s a really smart bird and it all happened so fast.”

Before she had time to shoo the bird away, Jessop said it was already feasting on the lobster roll with “all of his friends.”

As she walked back to the lobster shack to get another roll, she flipped through her camera roll and burst into laughter, realizing the only photo she had was the exact moment the seagull had swooped in to steal her sandwich. She posted the picture on Twitter , saying, “This is why we can’t have nice things.”

Within a half an hour, thousands of people had liked her post, which now has more than 191,000 likes on Twitter.

Jessop went back to Fox’s and paid for another $21.50 lobster roll, but this time sat in a different area to enjoy the sandwich, which she said “was an awesome treat and well worth the money.” She asked another customer to snap a photo of her so she had proof she actually ate a lobster roll.

Aside from the funny story and laughter she personally got from her lobster roll mishap, Jessop said the experience has shown her “people just need a laugh.”

She is also embracing the possibility of being known as the seagull picture woman for the rest of her life.

“There’s a lot worse things I could be known for, and if that means I get free lobster rolls and bring a little bit of laughter into people’s lives, I think that’s a good thing,” she said.

You can see the sneaky photobomb below: 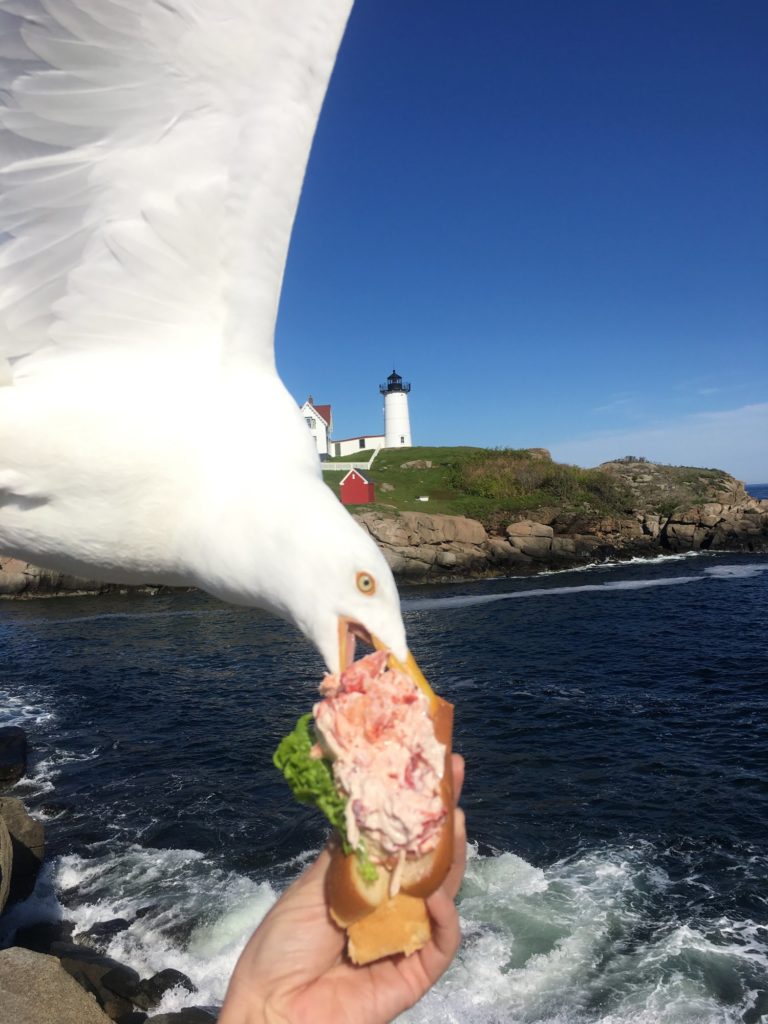