[Must read] Trump goes NUCLEAR on Twitter - The Horn News 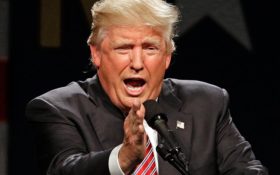 Over the last two days, President Donald Trump has been unloading on his critics using Twitter — and what he’s saying will have conservatives nodding their heads in agreement.

The president’s political allies have been calling for Mueller’s removal because of his apparent bias against Trump.

How biased is the establishment against our president?

Thursday afternoon, Trump pointed out the bias in both mainstream media coverage and politically motivated investigations when it comes to leading Democrats.

Why is that Hillary Clintons family and Dems dealings with Russia are not looked at, but my non-dealings are?

Early Friday morning, Trump turned his attention to the lack of evidence gathered regarding the so-called “collusion” conspiracy theory being pushed by the mainstream media.

Trump spoke on how the lack of evidence proves the “investigation” is likely little more than political theater.

After 7 months of investigations & committee hearings about my "collusion with the Russians," nobody has been able to show any proof. Sad!

Talk about some nuclear truth bombs!

Later, the president pointed out that the mainstream media can’t control the narrative if he uses Twitter as a modern version of the bully pulpit — and they’re not happy about it, Trump said.

The Fake News Media hates when I use what has turned out to be my very powerful Social Media – over 100 million people! I can go around them

Despite the phony Witch Hunt going on in America, the economic & jobs numbers are great. Regulations way down, jobs and enthusiasm way up!

Is Trump right, or wrong?