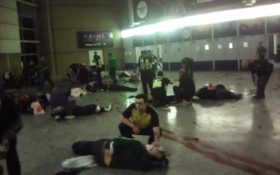 Texas sheriff Tracy Murphree lives for law and order, and now he’s speaking out about the Islamic bombing in Manchester with a serious message to liberal Americans.

Murphree took to Facebook Monday to send a wake up call to the “tolerant” left, that without proposed policies of President Donald Trump, we could soon face attacks as devastating as what is happening overseas.

Policies like open borders and revoking Second amendment rights are popular among democratic lawmakers, and Murphree isn’t having it. He calls these out as causes of rising Islamic terror attacks in Europe, and warns that we need to properly vet immigrants in order to protect our citizens.

It’s a message all liberals need to hear, and this sheriff took it upon himself to finally deliver it. 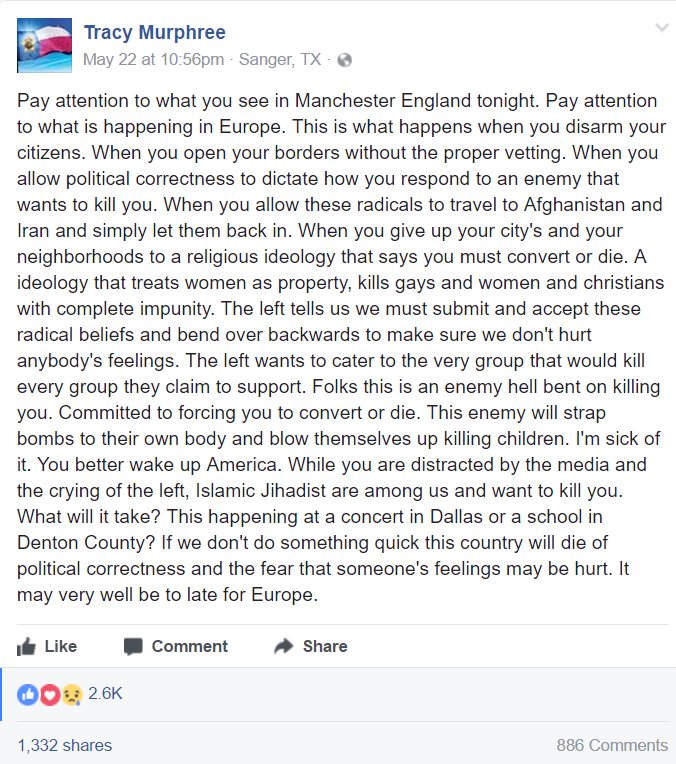 Murphree’s post gained so much attention, some critical, that he took to television to stand by his statement.

“I’m just sick and tired of kids dying around the world,” he told CBSDNF.

One local resident from Sheriff Murphree’s jurisdiction said, “He probably needs to get his facts straight a little bit before he makes comments like that.”

But the facts are in – with ISIS claiming responsibility of the attack and the French interior minister having said the attacker is believed to have traveled to Syria and had “proven links with ISIS, according to The Telegraph.

Sheriff Murphree recognizes radical Islamic terrorism as a serious threat to the American people – and won’t stay silent any longer, regardless of the illogical criticism of the left.

This is a true American hero.