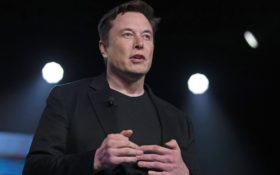 Elon Musk is defending his massive cost-cutting at Twitter as necessary for the social media platform to survive next year, due in part to debt payments tied to his $44 billion takeover of the company.

“This company is like, basically, you’re in a plane that is headed towards the ground at high speed with the engines on fire and the controls don’t work,” Musk told a late-night audience on a Twitter Spaces call Tuesday.

That’s after Elon Musk said earlier on Tuesday that he plans on remaining as Twitter’s CEO until he can find someone willing to replace him in the job.

Musk’s announcement came after millions of Twitter users asked him to step down in an online poll the billionaire himself created and promised to abide by.

“I will resign as CEO as soon as I find someone foolish enough to take the job!” Musk tweeted. “After that, I will just run the software & servers teams.”

Since taking over the San Francisco social media platform in late October, Musk’s run as CEO has been marked by quickly issued rules and policies that have often been withdrawn or changed soon after being made public.

Musk said Tuesday night that he “spent the last five weeks cutting costs like crazy” and trying to build a stronger paid subscription service because otherwise Twitter might be operating with $3 billion in negative cash flow next year. He in part blamed the $12.5 billion in debt tied to his April agreement to buy the company, as well as the Federal Reserve’s recent interest rate hikes.

Some of Musk’s actions have unnerved Twitter advertisers and turned off users. He has laid off more than half of Twitter’s workforce, released contract content moderators and disbanded a council of trust and safety advisors that the company formed in 2016 to address hate speech and other problems on the platform.

The Tesla CEO has also alienated investors at his electric vehicle company over concerns that Twitter is taking too much of his attention, and possibly offending loyal customers.

Even more unnerving for investors, Tesla shares are plummeting.

Shares of Tesla are down 35% since Musk took over Twitter on Oct. 27, costing investors billions. Tesla’s market value was over $1.1 trillion on April 1, the last trading day before Musk disclosed he was buying up Twitter shares. The company has since lost 58% of its value, at a time when rival auto makers are cutting in on Tesla’s dominant share of electric vehicle sales.

Shares fell Wednesday, as they have every day this week.

Musk, who also helms the SpaceX rocket company, has previously acknowledged how difficult it will be to find someone to take over as Twitter CEO.

Bantering with Twitter followers earlier this week, he said that the person replacing him “must like pain a lot” to run a company that he said has been “in the fast lane to bankruptcy.”

“No one wants the job who can actually keep Twitter alive. There is no successor,” Musk tweeted.

As things stand, Musk would still retain overwhelming influence over platform as its owner. He fired the company’s board of directors soon after taking control.