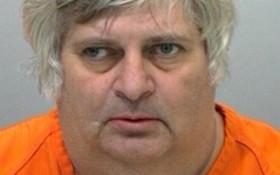 Vincent Margera, known to MTV viewers as “Don Vito” from the series “Viva La Bam” and “Jackass,” has died. He was 59.

His sister-in-law, April Margera, says he’d been in and out of a suburban Philadelphia hospital since spring, suffering from liver and kidney failure. She says he died Sunday at Chester County Hospital in West Chester, Pennsylvania. She says it’s good he’s no longer in pain, but it’s “so sad.”

His nephew, Bam Margera, included his mumbling, often intoxicated-seeming uncle on his show “Jackass” and its spin-off “Viva La Bam” which ended in 2005. The show largely focused on Bam Margera playing practical jokes on his uncle.

In 2006, Vincent Margera was convicted of two counts of sexual assault on a child, and sentenced to 10 years of probation.