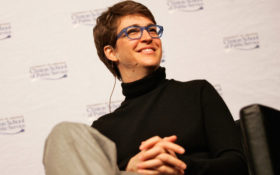 21 Democratic presidential hopefuls are heading south to court South Carolina voters — and when they arrive Saturday, only one set of news cameras will be allowed to report on the event. MSNBC correspondents Joy Reid and Al Sharpton have been given exclusive access to the event’s live coverage, where each candidate is expected to speak on-stage.

According to Fox News, MSNBC has exclusive live broadcast right to the South Carolina Convention and the DNC is putting up a coverage “embargo” on footage up to three hours after the event is over.

Simply put, the DNC doesn’t want other networks talking about the event. All other news networks such as Fox News and C-SPAN are being denied live television coverage. Even fake news CNN won’t be allowed to televise it, or have access to footage for three full hours after the event.

The network is saying loud and clear: we don’t care about viewers of other networks. They only want MSNBC’s far-left spin.

A Democratic insider told Fox News that after the candidates’ speeches on-stage, they’ll interview exclusively with hosts Reid and Sharpton.

C-SPAN bosses were also disgusted with the political stunt. The network’s political editor Steve Scully said it was the worst attack on the freedom of the press in his 40-year career.

“This leaves a bad taste in our mouths,” Scully said. “Our disappointment is that we intended to cover this, we had laid the groundwork and started to promote it. It’s disappointing all the way around. We hope this isn’t an ongoing pattern.”