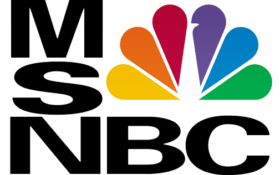 The network told viewers that Gillum, a Democratic socialist, had beaten his GOP opponent by almost a point with 99 percent of precincts reported.

MSNBC accidentally shows false results of Tomorrow’s election that has not happened in Florida showing socialist Gillum in slight lead against ⁦@RonDeSantisFL⁩. Wishful thinking? What do you think https://t.co/IHaTFIAYEq

Of course, the network is giving the race to the Democrats almost 24-hours before polls were set to close, during a segment about how “voting matters.” Whoops.

All In host Chris Hayes later apologized to viewers for the misleading graphic.

“Just want to say, earlier this hour we showed a graphic of the Florida gubernatorial race,” Hayes said. “May have caught your eye because our system had inadvertently populated some test numbers.”

“Obviously, we do not yet have any vote totals here, the night before the election. That was a misfire,” Hayes continued. “Don’t worry. I was pretty confused when I saw it up there, to see it myself.”

“That’s not a misfire,” The Washington Times wrote. “That’s a case-in-point example of why Americans don’t trust the media –why President Donald Trump’s labeling of the press as the enemy of the people resonate with the people.”

Voters are heading to the polls Tuesday in record numbers to share their voice during the critical 2018 midterm election.

Stay with The Horn News throughout the day for real updates as they become available.