Most watched network in America is ... - The Horn News 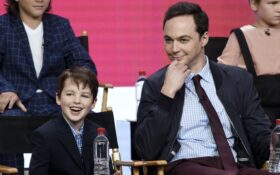 The winner, and still champion, is CBS.

The Tiffany network finished the traditional television season, which ended last week, as the most-watched broadcaster for the 12th consecutive year, the Nielsen company said.

CBS has won 17 of the last 18 years, the lone exception coming when Fox topped the chart at the height of “American Idol.”

CBS has won for so long the distinction has lost much of the meaning it had when the streak began. Broadcast networks no longer dominate the television landscape as they used to and, with streaming and cable networks a big part of the mix, TV doesn’t effectively turn out the lights in the summer the way it once did.

Nielsen’s rankings also don’t reflect streamed viewership of given programs outside of a seven-day window in which they were first telecast.

NBC’s “Sunday Night Football” ranks as the most-watched regular program of the year, back in the fall when sports were on television. “NCIS” was the most popular scripted series for the first time since the 2012-13 season, with “Young Sheldon” as the top-rated comedy.

Three of the four top networks lost viewership compared to last season, which isn’t unusual in this era of more entertainment choice.

Fox was up 17 percent to 6.3 million, primarily because the network had a package of Thursday night NFL games in the fall that it didn’t have the season before. Fox’s ratings were also juiced by showing the Super Bowl in February.

For the week of May 18-24, the top 20 television programs, their networks and viewership: