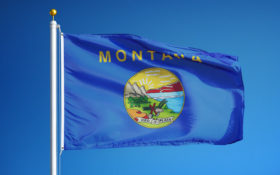 Montana has a state song, a state ballad and a state lullaby.

And, for goodness sake, Democratic Rep. Jacob Bachmeier of Havre would like to see the 2019 Legislature declare the “Hippy Hippy Shake” Montana’s official rock and roll song.

It was written in 1959 by Chan Romero when he was a 17-year-old student at Billings Senior High School.

Romero, who now lives in Southern California, tells the Great Falls Tribune his song has been featured in seven or eight movies and has been recorded by about 20 groups, including The Beatles.

He says he’d be proud to have his song honored by the Legislature.

The bill’s introduction borrows from the song’s lyrics in saying: “WHEREAS, Montanans shake it to the left and shake it to the right and do everything with all of their might.”