Mom's death from flu pushed Florida shooter "over the edge"? - The Horn News 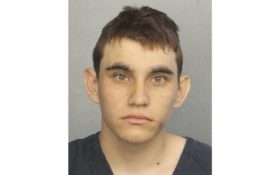 Investigators are scrambling to answer why suspected killer Nikolas Cruz reportedly massacred his classmates at a Florida High School on Valentine’s Day.

It may have been his adopted mother’s suddenly death from the flu in November that finally sent the deranged 19-year-old over the edge.

According to The Washington Post, Nikolas and his younger brother Zachary were adopted as babies by Roger and Lynda Cruz and moved from New York to Florida. They were raised as a family, and by all reports Lynda was well liked in the community.

However, not all was well at home. Nikolas reportedly killed animals and struggled with autism. Roger died a decade ago from a suddenly heart attack, leaving Lynda to raise the two adopted children all alone.

In the fall, Lynda checked herself into a health clinic for the flu and was rushed to the hospital. She died on Nov. 1 of complications with pneumonia.

“Lynda was very close to them,” Barbara Kumbatovic, Lynda’s sister-in-law, said to The Washington Post. “She put a lot of time and effort into those boys, trying to give them a good life and upbringing. I don’t think it [the school massacre] had anything to do with his upbringing. It could have been the loss of his mom.”

Nikolas’ past was also checkered with a history of violence towards animals and other students, and he reportedly planned the attack in September — while his mother was still alive and healthy.

The senseless massacre Wednesday was the nation’s deadliest school shooting since a gunman attacked an elementary school in Newtown, Connecticut, in 2012.