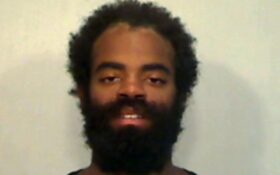 The 28-year-old player was detained this week at the airport in Key West, Florida, by a Monroe County sheriff deputy.

A report by the sheriff’s office said Toles was found sleeping behind a Federal Express building at the airport and refused to move after several warnings by deputies that he had to leave or be arrested.

Jail records show Toles appeared to be homeless when arrested Monday on the misdemeanor charge of trespassing property. His bond was set at $500 but he remained jailed and is scheduled for arraignment Thursday.

Toles never reported to spring training in 2019 because of a personal matter and did not play that year.

Toles rose from the low minors to the majors in just months and became a postseason star for the Dodgers in 2016.

He was the starting left fielder in the second half of 2016 and early in 2017. In May of that year, he tore a knee ligament and spent most of 2018 at Triple-A Oklahoma City.