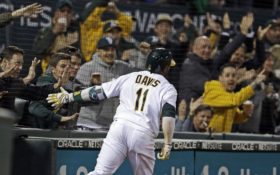 All 30 major league ballparks will have expanded protective netting that reaches to at least the far ends of each dugout by opening day.

Major League Baseball made the announcement Thursday ahead of an owners’ meeting later in the day.

MLB issued recommendations for protective netting or screens in December 2015, encouraging teams to have it in place between the ends of the dugouts closest to home plate. The push for an expansion increased last year after a series of spectator injuries.