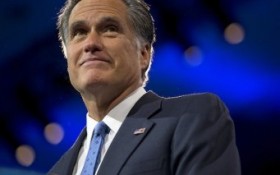 Republicans will take control of the House of Representatives next month, and one of the first items on their agenda is investigating Hunter Biden — and President Joe Biden — for corruption.

But one of the most prominent members of the GOP stunned everyone when he begged conservative to leave the Bidens alone.

Republicans say those dealings have “compromised the White House,” in the words of Rep. James Comer, R-Ky., who will soon chair the House Oversight and Reform Committee.

“What Joe Biden said is, ‘Our son is innocent.’ If I were Hunter Biden, I’d want to come clear my name and make some Republicans look bad,” Comer continued “So we’re gonna ask Hunter Biden to come before the committee.”

“If he refuses,” Comer said, “we’re prepared to subpoena Hunter Biden”—and Republicans say Joe Biden could be next.

Most Republicans are on board with an investigation into whether Joe Biden benefited from his son’s business deals with China and Ukraine, which Biden is currently showering with U.S. taxpayer money. Is it a quid pro quo?

But not Mitt Romney, the former Republican presidential candidate who is now a U.S. Senator from Utah, who has gone on an all-out media tour to tell the GOP: Let Hunter Biden, and his dad, go.

In fact, investigating the Bidens is “a waste of time,” the 2012 presidential hopeful told website The Bulwark.

“I think it’s really hard to know what the politics of a course of action might be in this day and age, to know where our party stands, what our base wants, what independent voters want,” Romney rambled. “But I think you have to do what you think is right and I think the American people want us to tackle some of the big challenges we have—immigration, inflation, and so forth—and the other things that divert from those priorities I think are a waste of time.”

Romney pressed Comer and Republicans, who won the midterms by promising to investigate the Bidens, to break their campaign promises and risk losing the House in two years.

“The lone break with Republicans came once again from Mitt Romney, who told The Bulwark those types of political investigations, particularly into Hunter Biden, are a poor use of Congress’s already-limited resources,” tweeted the establishment conservative website.

The lone break with Republicans came once again from Mitt Romney, who told The Bulwark those types of political investigations, particularly into Hunter Biden, are a poor use of Congress's already-limited resources. ICYMI @JoePerticone: https://t.co/odWTUWE7Pp

Democratic Senator Chris Murphy of Connecticut cryptically warned Republicans that if they investigate the Bidens, “They may dig their own grave.”

The soon-to-be House Democratic Conference Chairman Ted Lieu, D-Calif., a fire-breathing left-winger, said any investigation of the Bidens would be “irrelevant.”  Lieu told likely Speaker of the House Kevin McCarthy not to “go down these stupid, dark paths.”

In fact, Romney has opposed accountability for the Bidens for years. Plumbing the depths of the Bidens’ corruption “from the outset had the earmarks of a political exercise,” said Romney about Senator Ron Johnson’s 2020 investigation into the Biden laptop. “It’s not the legitimate role of government, for Congress or for taxpayer expense, to be used in an effort to damage political opponents.”

It’s easy to see why Romney’s stepping up his attacks now: Hunter Biden is shaking in his boots—and so is his old man.

The Washington Post revealed the president’s son has hired a team of lawyers to fight off charges of corruption, including one lawyer Joshua Levy dedicated to a possible House probe and another, Chris Clark, who’s handling charges from federal government.

Hunter Biden is said to like the advice of of his attorneys, Kevin Morris, who suggested filing defamation lawsuits against Fox News, Eric Trump, and other conservative news outlets that have written about his laptop.

But the White House wants Hunter to sit back and be quiet.

An anonymous Democrat told The Post, “No one thinks this strategy of putting Hunter Biden front and center is smart. No one, including the White House, thinks this is a smart strategy.”

As usual, Mitt Romney is running interference for the Democrats. Is that a smart strategy for the Republican Party? If not, what is Romney’s real agenda?