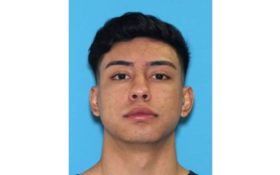 A 17-year-old girl abducted from an Idaho fast-food restaurant where she worked was found safe in Arizona on Tuesday and the man accused of taking her was jailed on a $1 million bond, authorities said.

Police in the Phoenix suburb of Surprise said 18-year-old Miguel Rodriguez-Perez of Jerome, Idaho, was taken into custody without incident after he sped through a traffic stop and abandoned his car.

Authorities tracked Rodriguez-Perez through his cellphone signal and he and the girl were found hiding underneath some bushes, according to police.

They said the teen was examined by doctors, found to be unharmed and was waiting to be reunited with her family.

Rodriguez-Perez was booked into a Phoenix jail on an outstanding felony warrant issued in Idaho and for being a fugitive from justice. No other charges were immediately listed and he didn’t have an attorney at his initial court appearance Tuesday afternoon.

Authorities said Rodriguez-Perez allegedly forced the girl from her job at a Wendy’s restaurant in Jerome on Sunday evening.

The girl had an order of protection against Rodriguez-Perez, who police said has previously threatened and assaulted her.

Court documents released Tuesday stated that Rodriguez-Perez “was said to have abducted the victim, raped and assaulted her and he made threats to kill her” and the suspect “had an active warrant out of Idaho for the current incident.”

The probable cause statement didn’t list any dates or details of the alleged assault and threats.