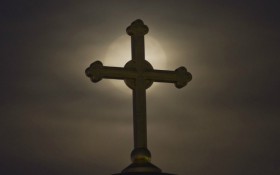 Millions of people around the globe will come together Thursday to celebrate the 67th Annual National Day of Prayer.

The special day is held every year on the first Thursday of May and encourages people of all faiths to join together as a nation and pray.

On this day of observance, President Donald Trump is expected to sign an executive order to create a faith-based office during his participation at the White House’s National Day of Prayer Service.

The National Day of Prayer first began back in 1952. Prior to that year, the Second Continental Congress had set aside many day dedicated to prayer and fasting dating back to the earliest years of our nation.

According to Religion News, “Task force organizers expect millions to attend some 40,000 events to mark the day that has been observed annually since 1952 according to an act of Congress. In 1988, the law was amended and called for the observance to be held on the first Thursday in May.”

Members of Congress will join together Thursday morning at the Statuary Hall In the U. S. Capitol for the National Observance of the National Day of Prayer, along with hundreds of other American faith leaders.

The theme for this year’s observance is “Pray for America – UNITY.” It is based off of Ephesians 4:3 in the Bible, which reads “Making every effort to keep the unity of the Spirit through the bond of peace.”