Boxing legend Mike Tyson: 'I was all-out liberal' until... - The Horn News 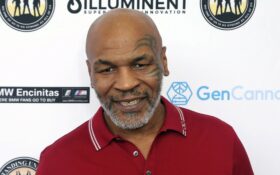 On Thursday, former heavyweight champion Mike Tyson addressed some recent developments in his life. Specifically, Tyson spoke to Newsmax TV’s Greta Van Susteren about the evolution of his political beliefs.

“When I was younger, I was all-out liberal, but as I get older and I look at my children and I see what’s out in the world, I get a little conservative. It’s common sense, looking at the world and the state of things right now, you want safety,” Tyson said.

However, Tyson declined to speak about politicians.

“I can’t talk about no politicians. It’s just — last time I put my hat in the arena and gave my opinion — Wow! — did they give me a beating, the press,” he said. “I’m going to stay away from politics and religion.”

“Sorry, I don’t consider a convicted rapist a tough guy,” rival candidate Carly Fiorina told reporters in 2016, referring to Tyson’s criminal record. “And I think it says a lot about Donald Trump’s campaign and his character that he is standing up and cheering for an endorsement by Mike Tyson.”

Van Susteren, a four-decade veteran of television news, had previously clashed with Tyson. In 2011, she accused Tyson of purveying “smut” after making some controversial comments about former Alaska Gov. Sarah Palin.

On Thursday, Van Susteren also asked Tyson about his recent appearance in a wheelchair, his attitudes toward his career after boxing, and Hulu’s biographical series on him.

In other words, Van Susteren appears to have left her criticisms in the past… and Tyson now seems more open to a candidate like Palin.