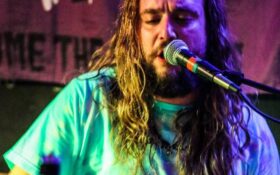 Kevin Clark, who played drummer Freddy “Spazzy McGee” Jones in the 2003 movie “School of Rock” with Jack Black, was killed when he was struck by a car while riding his bicycle along a Chicago street early Wednesday.

Police said Clark, 32, was struck after running a red light in the city’s Avondale neighborhood. Clark was riding east on Logan Boulevard when he was struck by a vehicle heading south on Western Avenue, a witness and the driver both told responding officers, according to a Chicago Police Department crash report.

After starring in “School of Rock” with Black, Clark continued pursuing drumming. Most recently, he played in the band Jess Bess & The Intentions, which made its debut performance Saturday at Legendary Wooden Nickel in the Chicago suburb of Highwood.

In a tweet, Black called Clark’s death devastating and that he was heartbroken that it came too soon.

“Sending love to his family and the whole School of Rock community,” Black wrote.

In interviews, Clark said he landed his only movie role by responding to an ad in a local newspaper looking for adolescents who can play drums, keyboards and guitar.