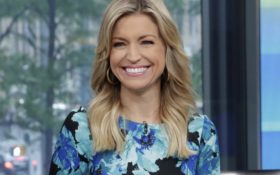 Fox News Channel’s Ainsley Earhardt says President Trump is suggesting that if the press doesn’t want to be called an enemy of the people, it should report the news the way he wants it.

The “Fox & Friends” host said Thursday that it had to be frustrating for the president to see reporters misconstrue what he’s saying.

The host of Trump’s favorite morning show made her remarks during a segment about a Trump interview with Axios, where the president said his attacks against the press represent his only way of fighting back.

Earhardt’s comments drew a swift response from critics. CNN’s Wolf Blitzer called them stunning. He says that sort of attitude toward the press is what happens in totalitarian regimes and dictatorships.