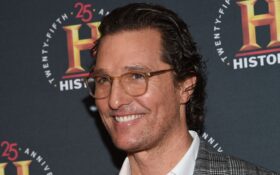 The magazine unveiled its annual list Wednesday, with Editor in Chief Wendy Naugle explaining this year’s honorees were selected because of their efforts to help others.

McConaughey was chosen for his advocacy efforts after the Uvalde school shooting rocked his hometown. Kunis was lauded for her fundraising — which People said has topped $37 million — for Ukraine, where she was born.

Hudson and Brunson were honored for their onscreen work. Hudson, who launched a daytime talk show this year, was cited for her efforts to create an inclusive show where everyone felt welcome. Brunson’s “Abbott Elementary,” a critical hit that turned her into an Emmy winner, was praised as a show that brought many joy and showed that different generations can work well together.

Each of the honorees are featured on a special cover that highlights their contributions. Kunis’ includes the quote, “I’m proud to be from Ukraine,” while Brunson includes her statement: “I’m a sign that times are changing.”

McConaughey’s proclaims, “We have to do better for our kids,” while Hudson’s says, “I’m living my dream — and learning as I go.”