MASSIVE tribute to Elvis to open in Graceland - The Horn News 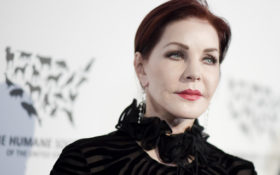 A $45 million entertainment complex featuring exhibits and restaurants focused on the life and career of Elvis Presley is scheduled to open at Graceland in Memphis.

Priscilla Presley, the former wife of the late rock ‘n’ roll icon, is scheduled to appear at the grand opening of the complex in Tennessee on Thursday.

The 200,000-square-foot complex is located across the street from Graceland, Presley’s longtime home. It features a comprehensive Presley exhibit, a showcase of the cars he owned and used, a soundstage, two restaurants and retail stores. The complex will replace the aging buildings that have housed Presley-related exhibits for years.

The center is part of a $140 million Graceland expansion, which includes a 450-room hotel that opened last year.