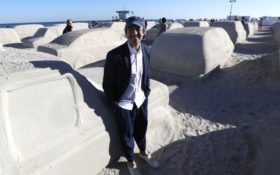 It took artist Leandro Erlich two years and 330 tons (299 metric tons) of sand to create his largest work of art to date — a giant traffic jam, made entirely of sand.

Erlich was commissioned by the city of Miami Beach to create the work, which was unveiled during Art Basel. The surreal traffic jam depicts 66 life-sized sculptures of cars and trucks stuck in an imaginary traffic jam on the oceanfront of popular Lincoln Road.

The installation is meant to suggest a future relic, like a contemporary Pompeii, and alludes to Miami’s fragile position in the large universal canvas, touching on climate crisis and rising sea levels.

The installation cost over a million dollars, but the city paid $300,000 thanks to sponsors and donations. It remained on display until Dec. 15.

You can view the photos of the sculpture below: 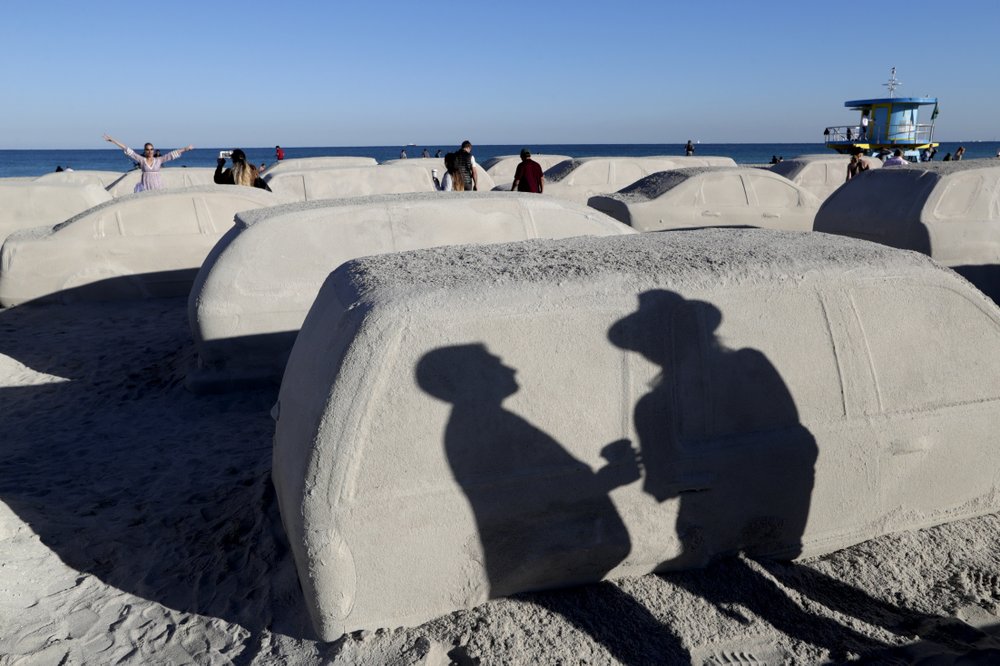 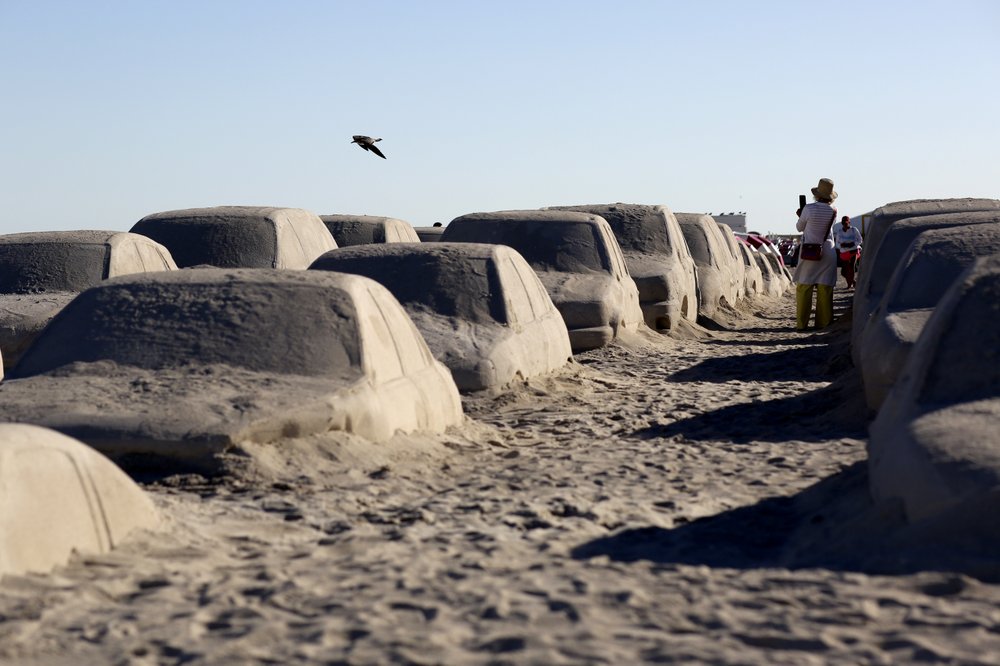