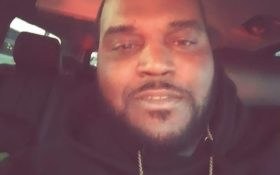 Police say a Pennsylvania man suspected of drug offenses who tried to hide his identity was given away by his tattoo, which spelled out his name.

The Johnstown Tribune-Democrat reports the man was riding inside a car that was stopped in Greensburg on Wednesday on the suspicion of being involved in a drug deal.

Police say the man identified himself with a false name, but the officer recognized him from an arrest in 2012. The officer also could see the man’s actual last name tattooed on his neck.

Police seized drugs and cash from the car, and the man has been charged with drug offenses and false identification.

He did not have an attorney listed in online records.

Police say the driver is facing a drunken-driving charge.