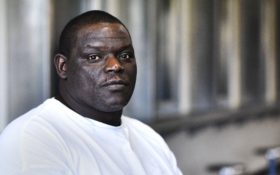 A Missouri man wrongly imprisoned for 17 years on murder charges alleges in a federal lawsuit that police knew he was innocent and helped prevent his conviction from being overturned.

David Robinson’s attorneys filed a lawsuit Monday alleging he was framed for Sheila Box’s death in 2000. The suit argues that police didn’t like him and played pivotal roles in preventing his conviction from being overturned during two appeals, the Southeast Missourian reported.

Robinson was freed in May after a judge appointed to review the case by the Missouri Supreme Court found “clear and convincing” evidence of his innocence.

The lawsuit names the city of Sikeston and two former police officers. Sikeston City Manager Jonathan Douglass said in a statement that attorneys for the city will review the lawsuit and “respond appropriately.”

Sponsored: Do THIS To Triple Your Fat-Burning (take this 1 step –it’s easy)

Investigators say Box was shot after leaving a bar she co-owned in Sikeston with $300 in cash and checks. During a hearing last year to review the case, prosecutors presented no physical evidence linking Robinson to the crime, and two witnesses who placed him at the scene recanted.

Another man, Romanze Mosby, confessed to several people in 2004 that he had killed Box, but he refused to sign an affidavit to make the confession official, according to court documents. He killed himself in his cell five years later, but his confession was never introduced as evidence.

Robinson acknowledged to The Associated Press last year that he had a criminal record that began when he was 15. It includes convictions for burglary, drugs and assault. But he said he was at a family gathering when Box was shot, and three relatives verified his alibi. Even Box’s daughter said that she believed Robinson was innocent.

Along with the city, the lawsuit was filed against former detective John Blakely and a former police captain, Drew Juden.

The city demoted Blakely following the judge’s report last year, and he later resigned. He now works at the Missouri Division of Family Services.

Blakely Juden do not have publicly listed phone numbers.