Man who stole mail from 1,300 people is finally jailed (in your area?) - The Horn News 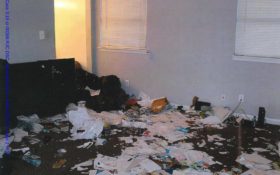 A North Carolina man was sentenced to more than three years in prison for roaming neighborhoods after dark, stealing mail from mailboxes and then cashing thousands of dollars in pilfered checks, prosecutors said Tuesday.

Since at least 2016, Erik Magana’s scheme targeted affluent neighborhoods in several North Carolina towns including Charlotte, Davidson and Gastonia as well as Fort Mill, South Carolina, according to court documents. Authorities say he would drive up to mailboxes, reach his hand through the window of the car and take mail that residents had failed to bring inside after daytime delivery. Authorities documented mail stolen from at least 1,300 victims.

The 34-year-old Charlotte resident, who pleaded guilty in April to mail theft and aggravated identity theft, was sentenced to 42 months in prison in federal court. He also was ordered to pay $77,000 in restitution, which represents documented losses to banks he defrauded, though the actual cost of his fraud is likely much higher, prosecutors said.

“Contained within the defendant’s apartment were undelivered Hamilton tickets, Christmas ornaments, merchandise, passports, state and federal income tax refund checks, credit and debit cards, and business and vendor payments, amongst others,” prosecutors wrote in court documents. “The time and energy many of these victims expended to obtain replacement tax refund checks from the IRS or North Carolina, cancelling and replacing credit cards, and reissuing checks to vendors for payments cannot be underestimated.”

U.S. Postal Inspector Anton Jones wrote in a court document that his investigation of Magana began in late 2018 after authorities received numerous reports from the Charlotte area of people having mail stolen from residential mailboxes during early morning hours. The victims also reported that checks or credit cards were used without their consent. The inspector wrote that he obtained a warrant and began tracking the blue 2017 Mercedes sedan driven by Magana during early morning runs through affluent neighborhoods.

Prosecutors wrote that over an approximately one-week period “he was tracked during the overnight hours driving through Charlotte-area neighborhoods almost every day that mail was delivered. Postal Inspectors also personally observed the defendant stealing mail by reaching his arm through the open window of his vehicle.”

Magana would then take stolen checks, sometimes forging the recipient’s signature, and deposit them into bank accounts, then quickly withdraw cash before the banks had time to notice the funds were stolen, according to court documents.

Magana sometimes dumped unwanted mail in public places but kept much of it at his home, filling rooms and creating unsanitary conditions that left much of it soiled by bugs or maggots, according to a news release from prosecutors.