Man tosses away 23k into recycling bin! - The Horn News 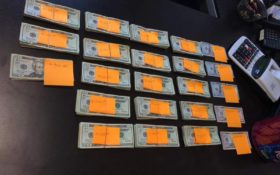 A man who accidentally tossed $23,000 into the recycling bin reunited with his life savings Saturday after a worker at a recycling facility in Northern California spotted a shoebox stuffed with money.

When the man from Ashland, Oregon, realized his mistake on Thursday, the recycling bin had already been emptied into a truck bound for the Recology sorting facility in Humboldt County.

The facility’s general manager told the Santa Rosa Press-Democrat most of the recyclables from the truck had been sorted by the time the man contacted Recology. Workers were nonetheless told to be on the lookout for the box.