Man sentenced to life for killing grandparents - The Horn News 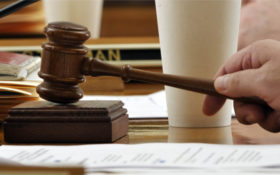 A Kentucky man who fatally shot his grandparents and uncle has been sentenced to life in prison without parole.

Edward Dilon Siddens, 31, was sentenced earlier this week on three counts of murder and other charges, the Daily News reported.

During the sentencing hearing, a detective described how Siddens lay in wait for his grandparents and uncle to arrive at their home in February 2018 before gunning them down. Jimmy Neal Siddens, 73; his wife, Helen Siddens, 72; and their son, Jimmy Neal Siddens II, 41, were killed.

Siddens, who had been adopted by his grandparents and lived on their property, was later arrested driving a pickup truck belonging to his grandfather.

He pleaded guilty in July in an agreement that spared him from the death penalty.

Siddens apologized during the hearing and said his decisions were guided by “hate and self-loathing.”