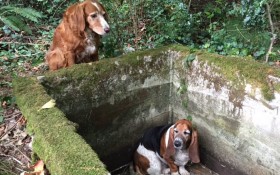 A 29-year-old Florida man is accused of intentionally running over a dog in an act that was caught on surveillance video.

On Friday, the dog’s owner reviewed a neighbor’s security video, which showed the truck swerve toward the dog, then hitting it. The video shows the driver getting out of his truck, nudging the dog with his boot and then kicking it. He then drove away.

The lovemaking video every man over 60 should watch [Sponsored]

Sheriff’s officials say Kayat told them he drove toward the dog to spook it and expressed remorse. He was charged with animal cruelty and released on bond. Jail records don’t list a lawyer for Kayat.