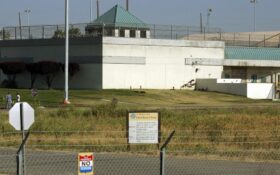 A Florida man was sentenced Tuesday to two years in federal prison for using his twin brother’s stolen identity to obtain tens of thousands of dollars in military veterans benefits.

Wayne Bowen, 64, was sentenced in Jacksonville federal court, according to court records. He pleaded guilty in January to aggravated identity theft. He must also pay $63,773 in restitution.

According to a plea agreement, Bowen used the name, Social Security card and military discharge papers of his estranged twin brother in 2014 to apply for federally subsidized housing benefits intended for indigent military veterans.

Bowen admitted to federal agents that he had been using his brother’s identity for years, prosecutors said.

He initially told the agents that he and his twin had served in and been honorably discharged from the U.S. Army but later admitted that those were lies.

Based on Bowen’s fraudulent use of his brother’s identity, the VA provided him with $32,434 in medical services, HUD provided him with $18,905 in housing subsidies, and the U.S. Department of Agriculture funded $12,434 in nutritional benefits for him, officials said.

Bowen’s twin, who lives in another state, confirmed that he didn’t apply for any of the benefits and that he never gave Bowen permission to use his name.