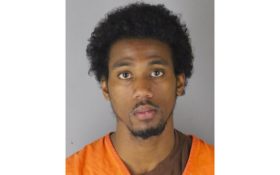 A Minneapolis man accused of assaulting a 75-year-old man as he got off a Metro Transit bus is now charged with murder after the victim died.

Minneapolis police say they were notified by the Hennepin County Medical Examiner’s Office that the victim died Tuesday afternoon.

According to the original complaint, the victim boarded a Metro Transit bus last Wednesday as did Davis-Miles and his companions. Bus surveillance video shows the victim asking the group to not be so loud.

When the victim got off the bus, Davis-Miles allegedly punched him. The victim fell backward and hit his head on the pavement.

Davis-Miles remains jailed on $150,000 bail. His public defender in the assault case, Gregory Allan Renden, said he had no comment Tuesday. It was not immediately known if he has an attorney for the new charge.