Man faces prison after smuggling illegal immigrants in furniture! (WHAT!?) - The Horn News 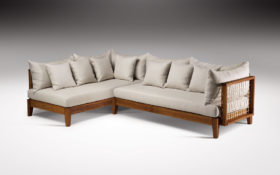 A Houston-area man has been sentenced to nearly two years in prison for trying to smuggle immigrants in furniture after three people were found in a plastic-wrapped dresser that was nailed shut.

Portes-Arevalo in February was convicted of transporting immigrants living in the country illegally and endangering their lives. He could lose his status as a legal permanent U.S. resident.

Investigators say Portes-Arevalo in December was driving a pickup truck and hauling a plastic-wrapped couch and dresser. He stopped at the Border Patrol checkpoint near Sarita (suh-REE’-tuh).

Authorities say the driver appeared nervous so the load was examined. Agents removed the plastic and found three people hidden inside the couch and three more inside the dresser.