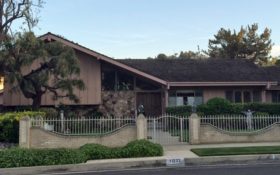 A Seattle man took exception to a car-share vehicle that was parked without permission at his duplex. So he built a fence around it.

Dan Smith tells KIRO-TV he doesn’t know who parked the car2go Mercedes May 17, but it wasn’t one of his tenants. By the next day he had erected the barricade, preventing other customers from using the vehicle.

The company says it has been unable to remove the sedan because of the fence. Its policy requires customers who park in unapproved areas to pay any towing and ticketing fees. The company says it does not tolerate having its vehicles held for ransom.